Have you already booked?   Timetables & info

The Museum Complex of the Pilgrims is not only the container of heritage extraordinarily rich in works of art but an open space: here the memory of devotion to works of charity and hospitality meets the complex social and cultural life of the city.

A hidden treasure in the beating heart of Naples.

The Pellegrini Museum Complex is located in the evocative setting of the popular “Pignasecca” district a few steps from the lower decumanus, also known as “Spaccanapoli”, surrounded by sites of great architectural, historical and artistic interest. Founded in 2008, it is recognized as a Museum of Regional Interest. 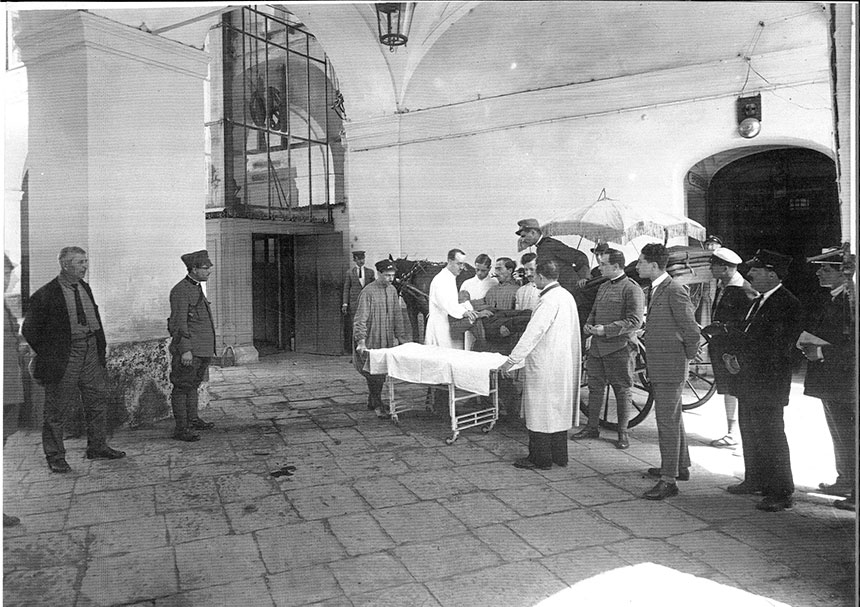 It includes two churches, galleries and historic rooms: the sixteenth-century church dedicated to Santa Maria Mater Domini, which preserves the original design of the facade; the eighteenth-century church of the Holy Trinity, the work of Giovanni Antonio Medrano and Carlo Vanvitelli, is magnificent for its unique plan with two octagons connected by rectangles. Also the work of the Medrano are the Holy Land and the walnut briar choir and dome with pure gold motifs designed by the architect Astarita. 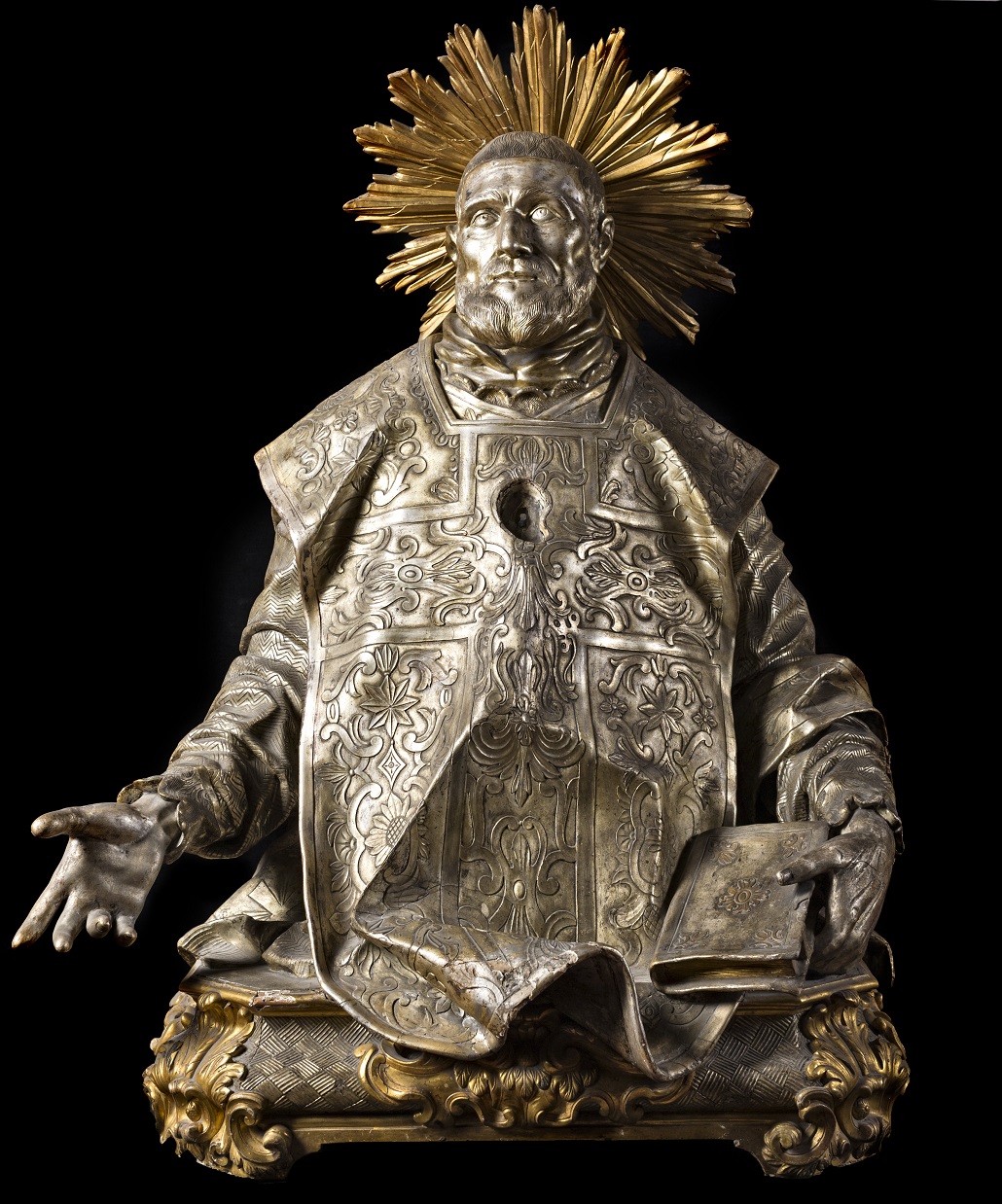 From the Trinity church, through the Corridor of the Tombstones, you enter the rooms intended for the life of the Archconfraternity: Hall of the Mandate, Halls of the Vestition, Hall of the Golden Books, Gallery of Paintings. Everywhere there are very valuable works of art commissioned by the Archconfraternity or donated to it: paintings by Bernardino Campi, Carlo Maratta, Andrea Vaccaro, Francesco Fracanzano, Onofrio Palumbo and Didier Barra, Giacomo Farelli, Francesco De Mura, Giuseppe Bonito, Giacinto Diano; sculptural: in bronze the expressive statue of Fabrizio Pignatelli kneeling, by Michelangelo Naccherino; in marble a Madonna and Child by Francesco Laurana; in stucco the scenographic group of the Trinity by Angelo Viva, wooden, the group of polychrome statues of the Passion of the sixteenth and seventeenth centuries.

The extraordinary collection of the Chapel of the Relics, the precious furnishings and perfectly preserved liturgical objects, accompany the visitor along a history that has lasted uninterrupted since the end of the sixteenth century. The Historical Archive, declared in 1988 "Archive of considerable historical interest", full of over 1200 volumes and registers and a large collection of very precious parchments, makes documents of great interest available to scholars. 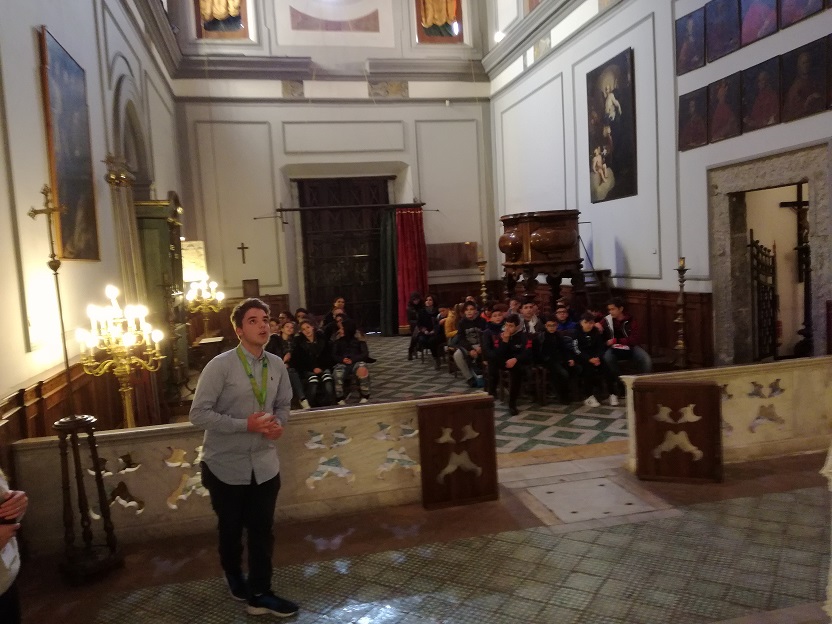 The Most August Archconfraternity and Hospitals of the SS. Trinità dei Pellegrini e Convalescenti, was born in 1578 to offer hospitality and refreshment to pilgrims and, faithful to the spirit of its origins, has been able to adapt the forms of its commitment over its long history to the changing requests for help from the poorest. Over the centuries, the attention paid to the poor conditions and precarious health of pilgrims evolved, at the beginning of the nineteenth century, in the foundation of a modern health hospital and, when this was absorbed by the national health system (1970), in research of new lands in which to practice Christian solidarity and promote the cultural and spiritual growth of all. Today the "Bernardo Giovino" Outpatient Clinic, the "Fabrizio Pignatelli" Social Educational Center for minors, the "food bank", discreet support for those who bear more than others the weight of the current economic crisis, are the places in which it takes place daily the adherence of the confreres to the spirit of service which is at the foundations of the ancient association. The cultural promotion activity is significant: the Archconfraternity promotes and hosts conferences, debates, scientific conferences and artistic events open to the public.

The Museum Complex of the Pilgrims is therefore not only the container of heritage extraordinarily rich in works of art but an open space: here the memory of devotion to works of charity and hospitality meets the complex social and cultural life of the city.

Francais
hour: Mon-Fri 9am - 4pm Sat 10 am 2 pm
This ticket is not refundable
You better book on-line!

you always have these benefits included

How to reach the property 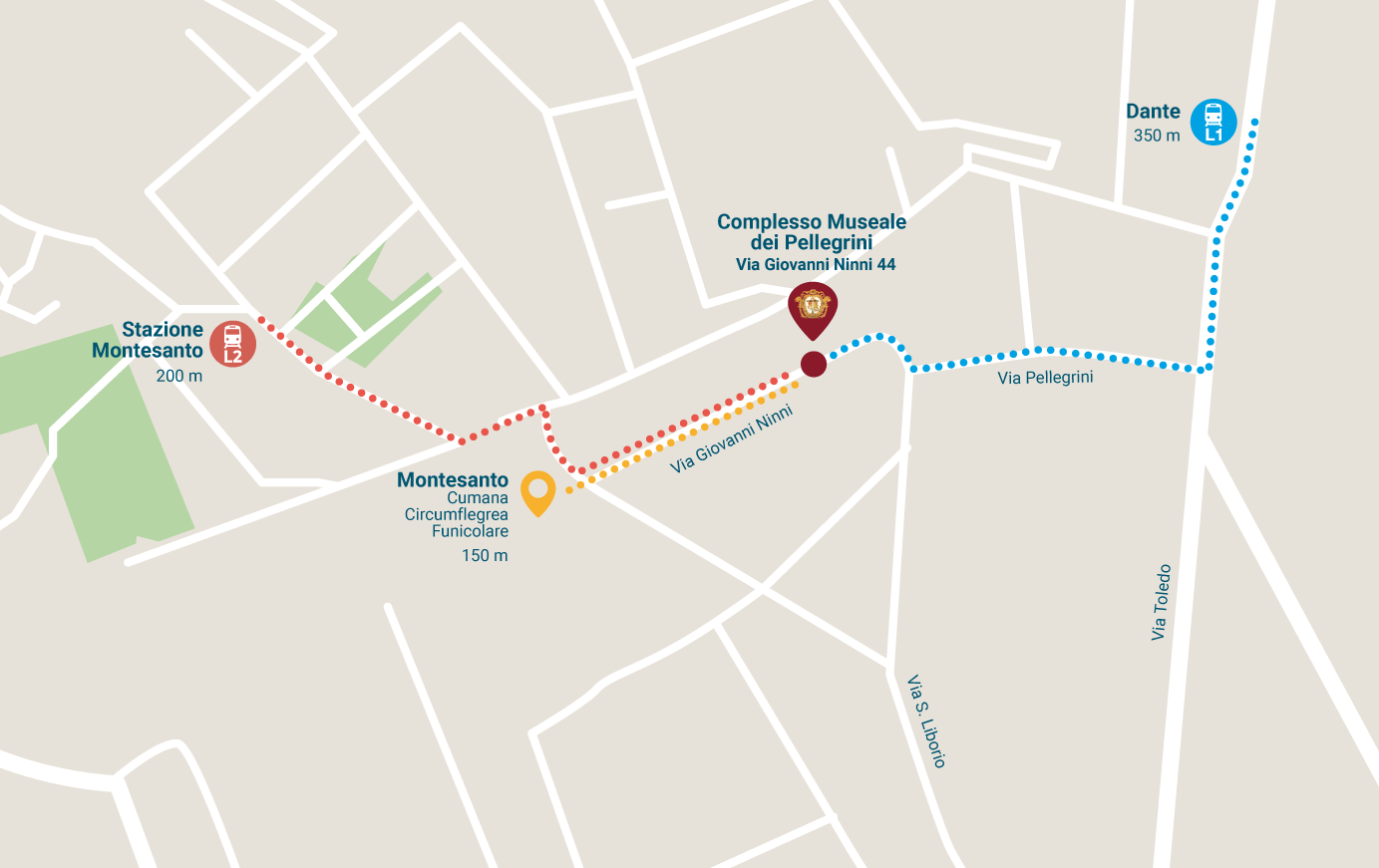 Pinch and drag for more details

The opening hours of the structure

+39 081 5518957
museo@arciconfraternitapellegrini.net
show ticket
move visit
request refund
cancel booking
call
navigate
You are going to leave the on-line ticket shop. Do you confirm?
You are about to leave the donation area of Complesso Museale dei Pellegrini. Confirm?
If you choose to proceed, all selections made will be reset, so you can restart from scratch. Do you confirm?

Here are some tips for you:
Do you want to know how to pay?
We accept payments made with:
(*) available only if your device is enabled
Do you need an Invoice?
Don't worry, continue with the purchase by choosing "Company/Organization" so you can specify all the data for billing.
After payment we will send you an pro-forma invoice (pdf). If your company is located in Italy, after a few days you will receive the electronic invoice sended through the SDI.
Do you have doubts during the purchase?
When you find this icon:
click it and get more details about the section you are in.
Do you need more information?
Close
If you have already booked, you can access your personal area to manage your orders.
or
Insert your e-mail
Enter your password
Forgot password?
••••• ?
With this procedure we will help you to reset your lost password. Enter the email you used during registration.
Insert your e-mail
Check the field below and make sure you have entered the correct address. If the address is correct, please check your SPAM folder.
Insert your e-mail
We have sent a 6-digit code to your email. Confirm your identity with this code and you can set a new password.
Enter the security code
Didn't receive the code?
•••••
Thank you .
You can now choose a new password.
Attention, for your safety
Enter the new password
Verify the new password
Show characters
We finished !
We have already connected you to save you time, but remember to make a note of the password you have just chosen for your next logins.
Are you sure you want to cancel the password recovery?